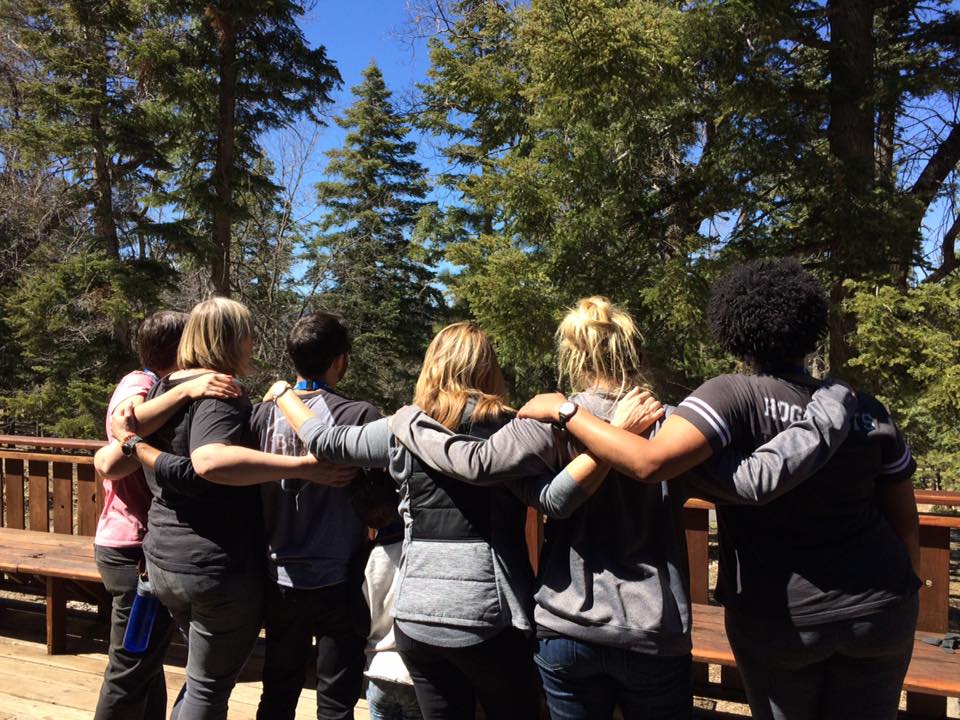 Umut Dursun became part of the Harbor Camps family in 2014 as a bunk counselor and has since spent countless hours playing soccer, swimming in the lake, and singing songs in the dining hall.

Umut is a former Marine, award-winning saxophonist, and 2011 Teach for America Miami-Dade Alumni. He most recently served as the Co-Director of YES Institute, a non-profit rooted in suicide prevention and education on gender and orientation. Prior to his tenure at YES he worked on staff at Teach For America where he served on their Diversity, Equity & Inclusion Advisory Council, led their Pride Affinity Resource Group initiatives, and as a former Sergeant in US Marines continues to serve on the Board of the TFA Military Veteran’s Council.

Umut is thrilled to become Harbor Camps’ second executive director/camp director since its inception in 2009. You can reach Umut at umut@harborcamps.org.

Ruth joined Harbor Camps in 2010 as a volunteer bunk counselor and fell in love with the camp culture and community. In 2019, she joined the team full time as the Director of Development, overseeing and coordinating camp’s scholarship program and all fundraising efforts. Most recently, she has taken on a role in family outreach, including communicating with families leading up to and during camp. In the off season, she lives in Boston with her partner and enjoys volunteering and crafting. You can reach Ruth at ruth@harborcamps.org.

Danni joined Harbor Camps as a volunteer in 2012 at its camp in California. They joined the Leadership team in 2015 and became the Director of Staffing in 2021. They have always loved spending time outside and using nature as a setting for community building. Their past work has been in environmental education and animal care. Year round, Danni works to support the staff of Harbor Camps, ensuring that we have an awesome team of role models for our campers each summer. When not at camp, Danni lives in Milwaukee, Wisconsin, with their partner Sara and their rabbit (Chewie) and dogs (Reydog and Ruthie). You can reach Danni at danni@harborcamps.org.

Steve has been with Harbor Camps since 2014. Steve has been a camp ranger for over 15 years, six of which were on our current property with the previous owners. He has worked for the Boy Scouts and the Girl Scouts. Steve is an avid fisherman and enjoys all outdoor activities. He and his wife Lisa live at camp year-round, where he manages all 116 acres and our ongoing projects on the property. He has three grown children, Josh, Aly, and Brandon, and several grandchildren. Steve feels strongly that camp is something all children deserve to experience.

After being told he could not return to a volunteer summer camp because of his gender, Nick founded Harbor Camps (formerly “Camp Aranu’tiq”) in 2009, the world’s first summer camp for trans & non-binary youth. Before deciding to move on in 2022, Nick spent 13 years as the CEO and camp director, during which time Harbor served thousands of kids at its home in New Hampshire and beyond. Nick is on the board of directors of the American Camp Association – New England. He holds a masters degree in social work from Boston College and a PhD in social policy from Brandeis University.

He is still an active member of the Board of Directors of Harbor Camps, and continues to work for families of trans and non-binary youth. He would love to stay in touch with campers and camp friends. You can reach Nick at nick@harborcamps.org.

With Harbor Camps since 2017 | Philadelphia, PA

Our advisory board members:

"Charlie is so much more confident and self-assured after camp this year, we are so grateful for all you do, and for your making this incredibly special space for these kids." R.R., Camp Parent

Get ready for one amazing summer!

(sent a few times per year)